Choosing a headless CMS: 10 features to look for

To help with your headless CMS buying decision, we’ve highlighted the must-have features. This guide will give pointers on how to evaluate headless CMS and choose the best headless CMS for you.

First, let’s familiarize ourselves with the fundamentals.

A headless CMS enables a company to produce content once, and then make it available to any device or touchpoint. This is unlike legacy CMS solutions like WordPress which have rigid architectures that force brands to publish and present content through templates built for web browsers. While it is possible for these traditional technologies to send content to new channels like smart speakers, it’s fair to say that they were not built for such a purpose.

Below, we have identified the must-have features for a headless CMS.

First and foremost, your headless CMS should allow marketers to continue to build and publish attractive digital experiences. The system must have a user-friendly interface that lets marketers easily create landing pages, microsites and campaigns without IT support. It must provide business users with the ability to control the marketing message in terms of layout, design and content, and preview how this will look like for the end user.

Typically, purely headless systems lag behind when it comes to providing a great authoring experience - but this is a fundamental feature since marketers will be the main users of the headless CMS.

Easy integration is important for both marketers and developers as it allows them to use the CMS in conjunction with other systems across the enterprise. For marketers, it’s about connecting their preferred CRM, DAM, PIM, and marketing automation systems. From a developer perspective, it’s the freedom to use any front-end framework of your choice such as Angular, React or Vue to build front-ends and single-page applications that consume content from the headless CMS.

Gain freedom over your digital experience stack
Flexible and powerful integration is one of the main reasons why our clients choose Magnolia. Discover how you can benefit from pre-built integrations to leading systems.
Learn more

The ideal headless CMS should act as a single source of your content, media assets, and templates. It should support multiple brands, functions, communication channels, and touchpoints. And it should let you standardize the message across the board so that the brand comes across consistent while adapting to the requirements of each brand and local market. That’s a tall order.

The feature that makes this possible is multi-tenancy. It’s the ability to run multiple sites that either operate independently or share content and assets with each other. Multi-tenancy and the ability to share content assets - while also being able to configure access on a per-tenant basis - is crucial in today’s distributed teams and environments.

For international organizations, this feature is essential. The localization feature allows you to manage multiple language variants of the same site and provide a localized authoring interface where each content creator can choose their preferred working language.

Look out for a headless CMS solution that provides full UTF-8 support and automatic translation.

How Marella created multi-language e-commerce sites
Marella, a brand of the italian fashion group Max Mara and a large retailer with over 2,300 stores worldwide, took advantage of the headless platform’s built-in multilingual features to successfully deliver their eCommerce sites via multiple languages whilst reducing the workload on their dedicated team who looks after their eCommerce sites.
Read more

To synchronize your content and campaigns across the different channels and markets, you need built-in planning and scheduling tools. For instance, Magnolia’s campaign manager lets you structure your campaigns elements in one place, pre-schedule campaigns ahead of time, and re-use content from small fragments to entire campaigns.

By mixing the two your headless CMS will be able to deliver highly individualized experiences. See how it’s done in our recent webinar on hyper-personalization.

Next level personalization
Stream our webinar and take your personalization efforts to the next level. Learn how to build a process for creating and optimizing personalized digital experiences.
View now

With content being delivered to so many devices, marketers need the ability to preview the intended personalized content so they can familiarize themselves with the end-user experience before it goes live.

Plus, you should be able to add new previews as new devices emerge. For example, learn more on how we’re enabling in-context editing and preview of single-page applications with Magnolia’s visual SPA editor.

A headless CMS that connects with tools like Siteimprove and Google Analytics helps you keep track of content performance and make the necessary improvements. Analytics tools assist in optimizing content to SEO, data privacy, web accessibility and, importantly, GDPR requirements.

At Magnolia, we’re taking data-driven content marketing to the next level by bringing cross-channel metrics and insights straight into the authoring UI, tightly coupled to content - accelerating the optimization cycles.

Having flexible role and group-based security policies to assign certain actions for specific users protects both your content and your headless CMS.

How Al Arabiya publishes news in less than three minutes, without compromising on security
Prior to moving to Magnolia, Al Arabiya, a well-known Middle Eastern media giant was subject to DDoS attacks and politically motivated hacking. On making the switch, they were able to fend off these attacks with ease thanks to Magnolia’s strong security and reliability.
Learn more

Most pure headless systems are cloud-native, but enterprises need the option to use their own private cloud or go for a hybrid approach. To take advantage of the scale, agility and speed of the cloud on your own IT strategy terms, choose a solution that can be deployed to any cloud infrastructure or to your own premises.

Why should you choose Magnolia?

If you’re still struggling to find a headless CMS that has all 10 of these must-have features, then look no further than Magnolia. With 80% more features than purely headless systems, Magnolia makes headless content management work for your enterprise.

To find out how Magnolia can help you take a headless approach, get in touch today. 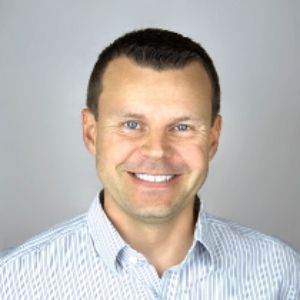 Antti is in charge of articulating Magnolia's value propositions to sales, marketing and professional services. In constant contact with users, he feeds the product roadmap with front-line input. Antti's key responsibilities include internal communication, product roadmap and feature specifications. Follow him on Twitter @antarctic74.
See all posts by Antti Hietala

Sign up for insights, trends and much more with the Magnolia Newsletter